There has been an awakening and If you have been around during last year, it is  almost impossible that you didn’t feel that.

The New Star Wars movie is going to hit theaters in less than a week and probably it is going to be the highest grossing movie in the history.

There is no doubt that the “Star Wars” is a universal phenomena. There are many reasons for that. George Lucas put very well-known universal mythological elements in a fantastic and well designed setup in a galaxy far far away. So It doesn’t matter where you came from and what you look like or what language you speak, you can make a connection with this universe.

But for me, Star Wars is more than a story. I lived it and it changed my life. I decided to know more about science and space because of this movie and that was turning point in my life which leads me to do what I am doing with my life. Because of Star Wars I became a Science Journalist and an amateur astronomer.

But that is not the whole story for me. While people around the world were watching the original trilogy and fantasizing about living and fighting in war between dark and light I just needed to step out of my home and look up at the sky and see it all first hand.

I watched Star Wars in a city far, far away.

It was beginning of 1980s and I was a five year old kid living in Tehran. I watched Episode 4 and 5 on Betamax video tape. I saw it over and over and like every kid around the world, I loved that, however, it brought me hope more than many other people who watched it in other countries.

Those years were the time of the War. The war between Iran and Iraq had been reached to the climax. I remember when the Iraq air force started bombardment Iranian cities. Every night around 8 o’clock you could hear the Red Alarm. A voice on the radio announced that: “Attention! Attention! The Alarm that you are going to hear is Red Alarm and it means the air strike is imminent. Leave your home and workplace and go to shelter”. But there were no very safe shelters around, so we used to go out in the yard. The city was going to blackout during attacks and therefor it was no light pollution. We could see the starry night above our head. The beautiful milky way, Stars and planets and then there they are.

We could see fighter airplanes, which were maneuvering between the stars and then it was anti aircraft gun machines. I remember them clearly and still can hear their voices. The trails of anti aircraft shots looked like a line of light in the sky, exactly like laser guns at the end of the New Hope.

We could see the Iraqi fighters were dropping their bombs. When they hit the ground they were generating a cloud of frightening light. A few seconds later we could hear the voice of death and destruction. Counting those seconds would tell you how close those explosions were happening. Sometimes we literally could hear “As if hundreds of voices suddenly cried out in terror and were suddenly silenced”.

I still can’t figure out which feeling was stronger. That you are still alive and bomb hits somewhere else or certainty of that it definitely killed many people at that exact moment. Next hours were tough. Trying to reach out to friends and family members and find out if they were safe and all of that was before the age of cell phones or internet.

Occasionally, antiaircraft machine guns could hit aircrafts and that was a moment of horror. You could see when Fighter aircraft got shot and a trail of smoke and fire came out of it and was drawing a surreal picture of war in front of the stars and the dark sky.

I didn’t have the worst experience of war. After all, I had the privilege to live in Tehran. People who lived near borders experienced much worst. But still, as a kid, I needed something to help me to handle all of those terrors and emotions. Star Wars did that for me.

It fascinated me and made me wonder about galaxies and stars. It encouraged me to study mythology and also follow the science stories. But more than anything, it brought me Hope. I could see the reflection of my story in another place and universe. It gave me the Idea that even after long wars it will come some time of peace. It reminded me that sometimes we should keep our hopes even if the situation looks so desperate.

Now more than 30 years later, today, I am living in Canada and like many other people I am excited to see Star Wars: The Force Awakens.

The war with Iraq ended decades ago. But like the galaxy far, far away the end of the war was not the end of the story. People in Iran and all around the world faced many new challenges. The road to peace and tranquility is still in front of us. We still need some wise Jedi to help us to walk in this way. Let’s hope that in 30 years from now, when people think about Star Wars, The only Wars they remember will be those that happened on the screen. It is naïve and optimistic.

But after all, Isn’t this what “Star Wars” stands for? Hope in the middle of the darkest hours. 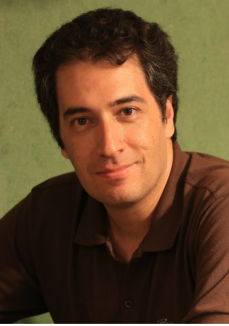